Celtic Knot (known also as an Eternity Knot) remind us about the beginning and the end or - as some believe - no beginning and no end… It has been designed to keep us aware of our spirit being timeless in nature and to progress in our study on physical and etheric in respect to birth and re-birth cycles. Keeping that in mind it is easier to understand why Celtic Knot has been constructed as a sequence of knots, which are overlapping and interwoven each other creating “no beginning and end” geometrical structure.

However Celtic Cross would suggest its Celtic origin, this symbol has been tracked back in time to Bizantinian Constantinople. That is a reason why Celtic Cross is define differently in different believe systems. To ancient Celts it was a symbol of the three Feminine Powers: Mother, Crone and Maiden. To more modern Celts it symbolizes Holy Trinity and the wisdom based on the number three. To Christians it represents the Father, Son and Holy Spirit. Most recent metaphysical schools perceive it as a balance of body, mind and spirit.

We must agree though, the this symbol is inseparably connected with sacred geometry of the Universe and its different life forms.

Celtic Cross can be used as a:

Celtic Cross is one of the most popular ancient symbols used by Pagan as well and Christians, on the West and on the East - it truly connects us all on this Planet and beyond.

Made of sterling silver. 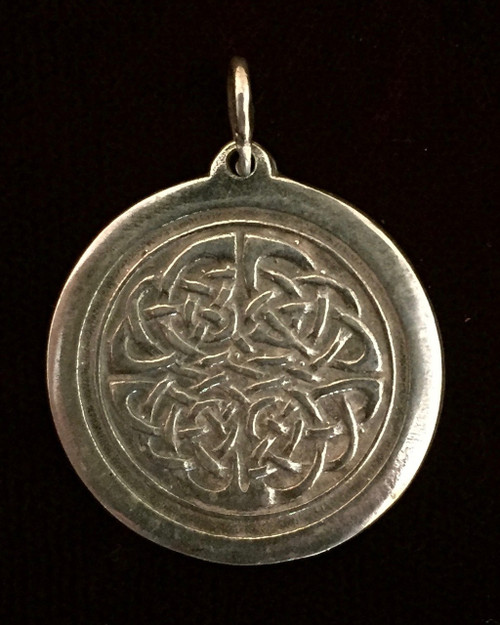