Celtic Cross, the most famous shape of Celtic tradition, is worn mostly to protect and to save from oppressions. It is known as a symbol of high intelligence and privileges.

Celtic Cross shows compromise connection of archaic circle, mandala, with Christian cross, that is ancient pagan rituals versus new religion imposed on Celts. Crosses erected as signposts marked another areas of Christianity and protected local people against bloody and cruel rituals of former religions. The cross became a symbol of higher civilization, more privileged and intelligent. Magical practices had never been abandoned, but it was believed that the cross, as axis of real and unreal worlds, protects, or even saves from oppressions.

For many this cross represents also 4 directions as well as 5 elements (four of which are the sides of the cross itself and fifth being the circle around the centre of the cross.

Made of silver (14k. gold is available uppon request). 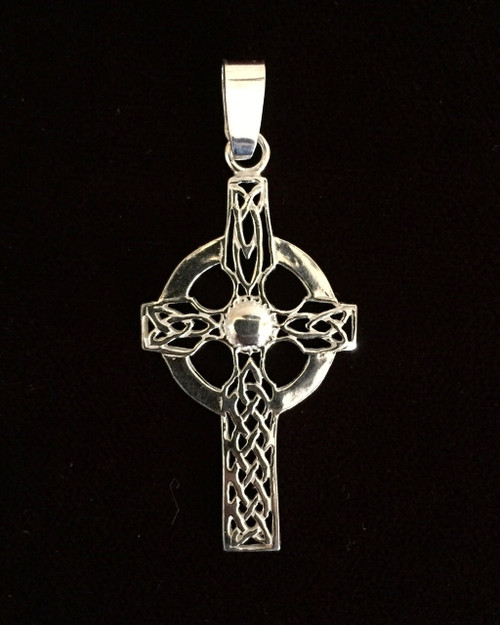