Bovis and BSM Scale has been known among European dowsers since mid-20th century, when Antoine Bovis, French physicist made outstanding research on human energy field. His body of work has been called, to his memory, “Bovis Scale”. It contained only one scale from 1-10,000 units and referred exclusively to the physical level of human or object’s existence as well as to geopathic stress.

The next and last person who worked on this scale was clairvoyant Blanch Merz. She added another 2 scales (Spiritual and Pure Spiritual) to the existing five.

Since Bovis applied his scale to subtle energies the units of his scale, to his memory, are called “Bovis units”. This “unit”, based on the knowledge of electromagnetic field and wavelength, is measured in Angstroms (1A is equal to one ten-millionth of a meter, which equals 0.1 nanometer).

This Chart is printed on no-tear paper to decrease energetic contamination and increase durability. 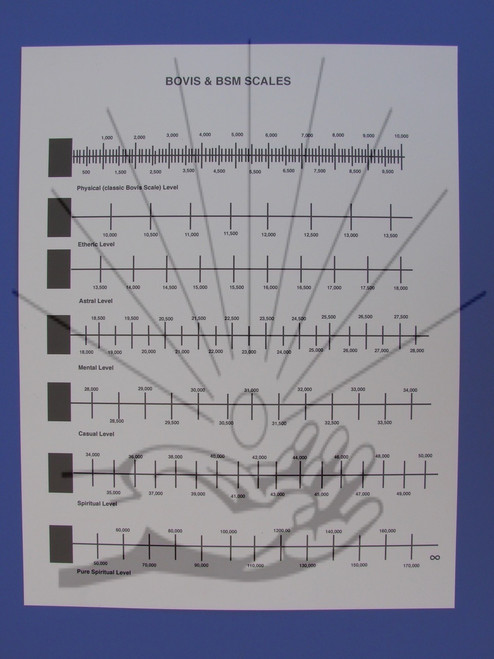