TEMIDA’S sword is an amulet made of brass, and represents a symbol of the goddess of justice, enabling to cut out other’s slanders and suspicions. Temida, one of Zeus’s wives was in Greek mythology a guardian of everlasting judicial order developed by gods on Olympia, the mountain of gods. The role of the sword is to disclose hidden facts in order to judge them fairly and to punish the guilty, those who lie and falsify the truth. The hilt of the sword symbolizes Temida’s scales, witch is a symbol of judging fairly of all good, and bad deeds before the verdict is delivered. 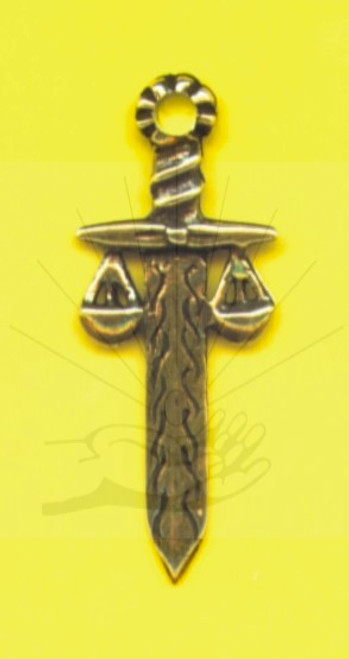