The Scarab connected with the Ankh makes the bearer almost unstoppable in obtaining his goals, by increasing will power & giving clarity to knowing his path in life.

The Egyptian Scarab was based on the image of Dung Beetle (Scarabeus Sacer). Due to it's power, the Scarab was
used for many purposes from protection against evil, to use in the official seal used when recording historical events.
The Scarab was considered Sacred therefore even the Pharaoh's powerful army, when conquering the then known
world had to alter their course to avoid interrupting the Sacred Scarab's path. Scarab has been worn by pure and
wealthy as a symbol of good luck.

The Ankh symbol represents the “Key to Life”. It is very strong healing tool, balancing the energy inside whole energetic
system of the wearer. It enhances the flow of energy and its circulation by bringing the new, pure energy by the top of
the shape and removing old, used one by the bottom of the cross.
The Goddess Isis is often portrayed with the Ankh in her hand tomaintain power and energy in all her endeavours.
Historically speaking the Ankh was transformed from the Atlantis Cross by connecting both “legs” and thereby becoming
a strong emitter of energy. Through the upper part of the Ankh(head) the vibration of Green is brought in, which is a healing and regenerative vibration, and through the bottom of the cross harmful energies or vibrations are released (the bottom emits Negative Green).

Both "hands" release: Red to the right and Violet to the left.
To many, the Ankh is the precursor to all crosses known today. 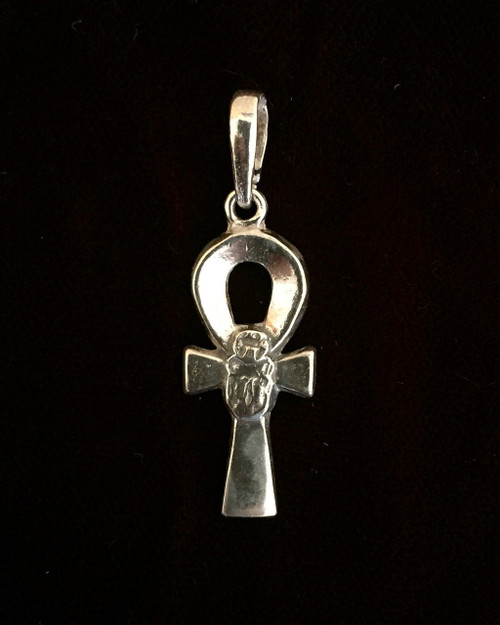