Isis Pendulum, most known, appreciated and used of Egyptian group of pendulums, by shape symbolizes "The Cross of Life" and the elements of Djed Pilar (spine of Osiris). It took its name after Isis (Greek's Izyda), Goddess of Haven and Earth, wife of Osiris, Mather of Horus.

Isis is one of therapeutic, safe pendulums (in Europe called “General Healing Pendulum”), since it emits only the frequencies of Visible Spectrum of White Light. Its emmition is enhanced by four parallel rings (resonance/ amplifying rings).  Isis belongs to the group of "mental" pendulums, which means it can be used as a receiver as well as sender/transmitter ofdifferent vibrations. Due to those qualities Isis can be successfully used to dowse for:

Recently we have new versions of Isis:

Isis is most sought after pendulum and it comes now in 7 different sizes and 3 materials (brass, mahogany and beech).

More in-depth training of working with Isis is provided during the courses. Please contact pur office for details. 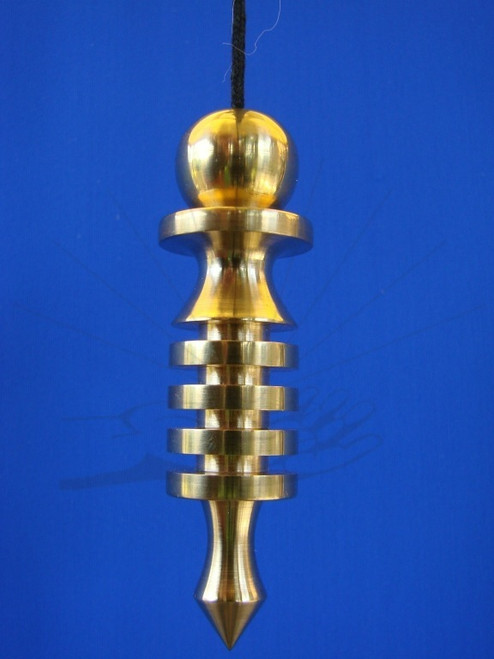